9 Of The Scariest Business Stories You’ll Ever Hear 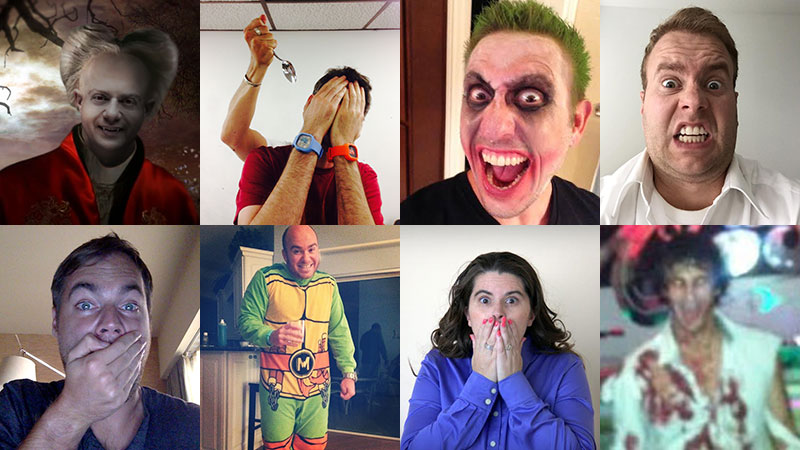 It’s that time of year again. As my children and I prepare their costumes and pick which scary movies to watch at night, I realized that I love the scary Halloween spirit. The wind is howling, it’s getting darker earlier, and homes are decorated with scary looking creatures.

The spooky time of year got me thinking about how scary being an entrepreneur can be at times. Stories of entrepreneurial success are glamorized everywhere online and in print, but many entrepreneurs, myself, go through awfully scary times on the way to success. So I asked entrepreneurs from the Young Entrepreneur Council (YEC) the following: What is the scariest story you’ve ever experienced as an entrepreneur?

I’d been working on my business for about six months but still wasn’t prepared to leave the safety net and comfort of my day job. The economy at the time was terrible, and my boss told me that if I could think of any “creative ways” to save the company money, he’d love to hear about them. I pitched a trial remote work arrangement for three months, where I’d take a 50 percent pay cut, live in Hawaii (opening us up to a new client base) and expand the footprint of our small business. A month later he came back and said, “We’ve decided not to accept your proposal, but we will accept this as your resignation.” I was completely unprepared for that response. My business wasn’t yet profitable, and I had no idea how things would play out. It ended up being just the kick I needed to start taking things seriously, and from there the business grew at an exponential pace.

2. Missing Materials for a Trade Show

I attended a very important trade show in Colorado that had a very rough start. I arrived at the convention center the evening before the show to set up my booth. When I arrived at my booth, the pallet containing all my materials was not there. I asked around, and the floor manager said that my pallet was sent back to storage and that I would not be able to retrieve it until the next morning. I got up early the next day and walked over to the convention center around 5 a.m. When I arrived, the security guards would not let me on the floor and the floor manager was nowhere to be found, so I was escorted to the security office. After the run around by security, I walked to over to the warehouse to retrieve my pallet. The first forklift operator who offered to help looked for about twenty minutes and couldn’t find it. It was now 6:30 a.m., and I was starting to panic that my pallet never made it to the convention center from our office. It was an awful feeling! Finally someone radioed in that they found it. I received the pallet late and worked like crazy to get everything set up in time. Thankfully the rest of the four-day trade show went smoothly and was a success.

3. An Investor Backs Out

People often say, “Don’t count your chickens before they hatch.” As a young entrepreneur, you tend to overlook such popular phrases and categorize them as irrelevant cliches. Until, of course, you experience such a catastrophic event stemming from assumption and sheer hope. In my case, my company was just getting off the ground but had a lot of incredible ideas. One investor expressed so much interest that he insisted we begin taking the necessary steps to position us for success. One of these items was obtaining expensive office space in a desirable location. I became so excited by the investor’s charisma that I took his intentions and ran with them, albeit too quickly in retrospect. Before even closing the deal for his investment, a much more naive version of myself fronted the initial deposit and procured the office space. I also bought some of the materials that would be needed to operate at the scale we discussed with the investor. After a few weeks, it became clear that the investment was never going to finalize. I was stuck having to sublease the oversized office to someone else. The mistake hurt, but it made me much smarter and more deliberate in everything I do.

In 2013 I was in Austin during one of the college basketball games for March Madness. I received a call from a teammate who was frantic. She had just been served with a lawsuit! I stepped outside and immediately called our lawyer, Doug. We thought the suit was frivolous. We had created a set of custom watches for a major technology company in Silicon Valley. They used these for sale to their super-fans. We used the logo they had provided, put it on the watch and that was that. Or so we thought. Turns out that we had used a trademarked term. The watch company out of Florida sued our startup as well as the tech company. To us, this was the same as if someone had put a trademarked term on a Hanes t-shirt; certainly you wouldn’t sue Hanes. The big company refused to indemnify us. After a terrible few months with the fear of going out of business and lots of legal fees, we eventually paid a large sum to settle. The case was dismissed without prejudice.

In 2003 I launched my very first online venture: an e-commerce store selling camping gear. After working really hard for 18 months on SEO, our site was rewarded with a No. 1 spot in the search engines for the keyword “camping gear.” Our traffic spiked and so did our sales. Our sales went from about $3,000 per month to $30,000 per month almost overnight. Since we were using drop shippers, our rankings caused us new problems. All of a sudden the drop shippers could not keep up with us. I did what any other entrepreneur would do… I quickly called the manufacturers and started ordering pallets of camping gear to be delivered to my garage. Just a few weeks later I got the call. They said my merchant account was on hold due to suspicious activity and that they were going to hold all the money still being processed for 90 days to make sure we did not have a lot of charge-backs. I quickly got TWO additional merchant accounts and as soon as the funds cleared I closed the other one. Lesson learned. If you plan to have your sales spike due to a product launch or getting first-page rankings in the search engines, let your merchant account know first!

6. Being Extorted for Money

Early in on our first online startup, we had a developer hold the site ransom for money. He ran up the hosting costs to about $8,000 for two weeks before we caught it, then blamed it on a hacker. He was the only person (besides me) with access to the dashboard that required a double confirmation for adjusting the scaling for the hosting services. It could only have been him. While we knew what was going on, we were faced with having the site shut down when it was finally getting some traction or paying the money to get the site back. He was using Heroku credits from winning a previous hackathon and essentially converting it to cash by making us pay this “bill.” Those startup credits are really useless unless you’re using them for a large website, which is why he wanted the cash. Getting a lawyer involved would have taken weeks, so we had to act quickly. Coincidentally, his “credit card” company needed the money to pay for the bill with only a two week heads up, just before he was moving to L.A. Unfortunately, we had to pay the guy knowing full well what he was doing in order to get our site back and continue forward. BIG lesson learned.

7. Amazon Shutting Us Down

Amazon will shut your seller account down if you fall below a certain customer approval rating. I don’t remember the exact number, but it’s around a 96 or 97 percent satisfaction rate. We were Organize.com and treading along that line for around 12 months. We got the “suspension” notice one day asking for us to respond. I remember seeing the look on our office manager’s face. She came into my office pale-faced and told me the news. Amazon represented 70 percent of all of our business. This was catastrophic; we had done almost $700,000 the month prior. It significantly hurt our business and ultimately ended in us closing the office and laying off everyone. It was the scariest time in my life. I’d just gotten married, and now we were out of business with piles of debt. I was worried about everything. Lessons learned: Don’t put all your eggs in one basket. And don’t put the future of your business on someone else’s platform. It may one day be gone and there is nothing you can do about it.

I bought software for $1.3 million. It was make or break for my company. Turns out, they sold me bum software. I was between a rock and a hard place. I felt 12 months down this path was too far to turn back. Clients left daily because they lost faith that the issues would ever resolve. It turns out the sellers committed fraud. I exhausted the potential fixes. My closest confidants advised me to hire a lawyer and get my money back. I was broke. My piggy bank didn’t have $75,000 for the first payment retainer for a lawyer. Soon, the economy plummeted. Advertising, my industry, was the first thing businesses cut. Layoffs loomed. My emotional state was dark and tanking deeper into the abyss. Overnight, I laid off 47 employees. I propped up my friends and employees out of my personal funds. I extinguished my savings. I felt like the captain going down with the ship. I finally realized I couldn’t cry over spilled milk. I picked my “bloodied” self off the mat. I reset and relaxed. I then moved forward with a solution that did not involve the software and found clarity in my mistake.

The scariest moment in my entrepreneurship career happened in March of 2012. We received an “Unnatural Links Warning” from Google and starting that day, our rankings began to fall over the next several months. We lost almost 80 percent of our traffic and seemed headed for bankruptcy. Luckily, we were able to find a way out of the penalty, but the whole process took 14 months and a lot of debt to carry us through. Prior to the penalty, SEO was our major marketing effort. Since that incident, we have diversified our marketing program so that we never rely on a single strategy.

As for me? My scariest moment as an entrepreneur was back in 2008. We had a growing company in Likeable Media and our receivables were growing steadily, but our cash in the bank wasn’t enough to make payroll. It was a terrifying situation that felt like life or death nearly everyday. We nearly missed payroll several times before I secured a line of credit to cover the gap. Eventually we got through it, but boy was it scary there for awhile.”