Dave Kerpen | How Important is Luck in Success?
16672
post-template-default,single,single-post,postid-16672,single-format-standard,ajax_fade,page_not_loaded,,qode-theme-ver-10.1.2,wpb-js-composer js-comp-ver-5.1,vc_responsive

How Important is Luck in Success? 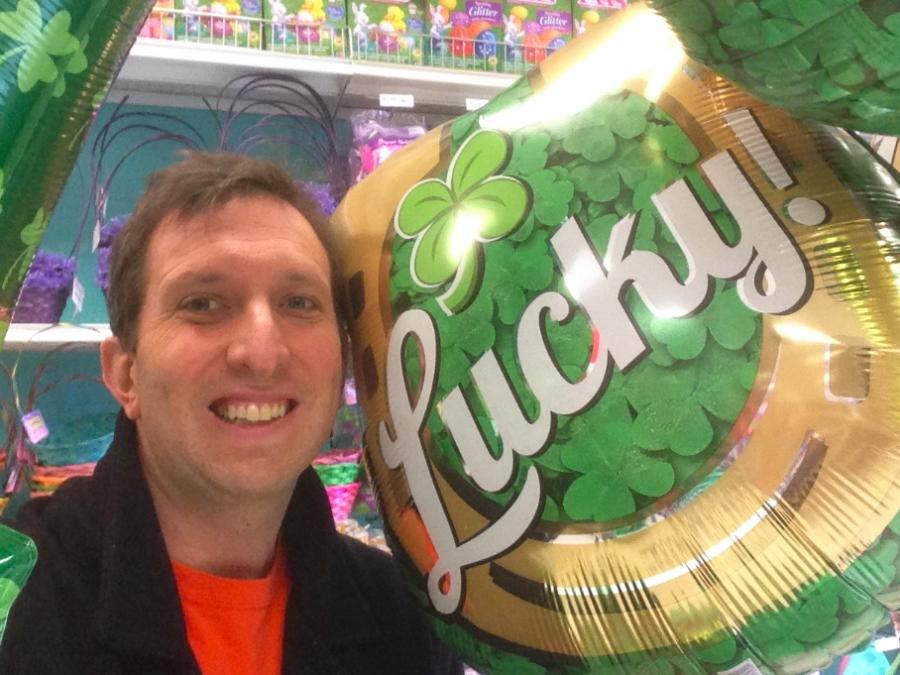 02 May How Important is Luck in Success?

Posted at 17:27h in Business by Dave 0 Comments
4 Likes
Share

Today is St. Patrick’s Day – a day we celebrate the luck of the Irish, and luck everywhere. As I shared in a recent post, luck played a huge role in helping me build Likeable Media into the company it is today when I got some feedback from the most unexpected of people.

I was curious to see how luck has helped other people with their success, so I asked members of the Young Entrepreneur Council (YEC), an invite-only organization comprised of the world’s most promising young entrepreneurs, what the luckiest break they have ever had in business was. Below, you will read about how well things turned out in situations where it didn’t seem possible!

What’s been your luckiest break?

We switched warehousing and fulfillment service providers just days before the previous company shut its doors for good. Its service, reliability and accuracy had been going downhill, so the warning signs were posted all over. Unfortunately, when the company fired its employees and closed its doors, its inventory was inaccessible to hundreds of small businesses for weeks.

2. Having Someone Believe in Me

I used to manage a medical device sales team in New York City. One evening I had scotch with Dr. K, a prestigious surgeon I worked with closely. During our conversation, he told me he thought I should start my own business. It’s something I had always wanted to do, but his belief in me gave me the conviction to pursue an idea I had been waiting on a long time.

3. Working at a Failing Company

If Lehman Brothers hadn’t gone bankrupt, I’d likely still be working there (or somewhere else in finance) and never would’ve been forced to come up with a business idea to support myself.

Our first client was a small startup that has since closed up shop. Our hard work there got us an introduction to one of their connections at one of the largest nonprofits in the world. The fact that this client knew one influential person lead to a multi-year contract and many employees, and it was the first step to creating a multi-million dollar business.

5. Getting a Shout-Out From Edward Norton

A law firm that works with the actor Edward Norton happened to use my product, Speek, as its conference call solution. Edward joined a conference call hosted on Speek with the lawyers at this firm. He was so impressed that he ended up tweeting about Speek to his millions of Twitter followers, and he has been a supporter ever since.

6. Meeting a Key Customer on a Flight

In late 2013, I took a cross-country flight. Unable to sleep, my neighbor and I started talking. We connected over work and travel and discovered we shared some mutual friends. The following week, we received a 2,500-unit purchase order from her team. With that order, I officially committed to Modify, and we’ve been running ever since!

Meeting a great mentor has been the best and luckiest break I have ever had. My mentor has taught me countless lessons about myself and about business, and I can’t thank her enough. She has invested the energy to teach me and has provided opportunities. Most importantly, she pushes me outside my comfort zone.

8. Falling in With the Right Crowd

I think I lucked out the most by managing to fall in with the right crowd early on. Just like nervous parents might want their child to be surrounded with positive friends who challenge the child to succeed, I was able to find the right business partners, vendors and clients.

9. Reaping Benefits From a Mistake

After six months without revenue, we suddenly started getting calls from potential clients. It turns out a company in the same industry had mistakenly put our customer care number on its Web page, and we offered the same services. God works in mysterious ways.

10. Selling Before the Crash

I sold my first company in March 2007 — months before the economic crash. It wasn’t because I could see the future and knew what was coming up ahead; the timing simply lined up just right!

At the end of 2010, I approached Walmart with an idea for a configuration that would combine music with a custom magazine for entertainment superfans. It agreed to distribute the products for high-profile celebrities and helped make important introductions along the way. The idea aligned with its goals, and the company has been an invaluable partner.

12. Getting Our First Big Piece of Press

When Poshly was featured in InStyle magazine’s “Best of the Web” 2012 feature, it was a huge break for our company. Not only did it validate that people loved, appreciated and valued what we were doing, but also it drove up our key metrics. We knew then that our business would scale, and it was a winning moment for our team.

Our luckiest break may have been when the country’s largest fertilizer company sued TerraCycle for “brand infringement.” Instead of crushing us out of business, the case turned into a PR goldmine. We created a blog, wrote stories about the claims and received more positive press attention than we ever could have anticipated. It helped us become the household name we are today.