Dave Kerpen | 11 Young Leaders Give Thanks to Their Role Models
16303
post-template-default,single,single-post,postid-16303,single-format-standard,ajax_fade,page_not_loaded,,qode-theme-ver-10.1.2,wpb-js-composer js-comp-ver-5.1,vc_responsive

11 Young Leaders Give Thanks to Their Role Models 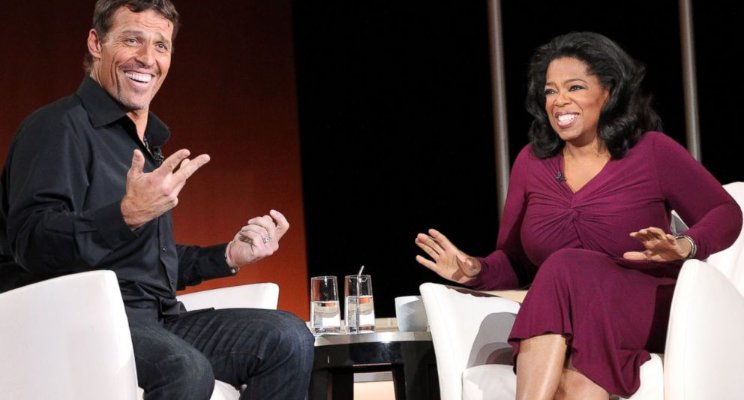 28 Apr 11 Young Leaders Give Thanks to Their Role Models

Posted at 17:20h in Leadership by Dave 0 Comments
2 Likes
Share

Thanksgiving time is here- my favorite time of the year as it brings into sharp focus the importance and power of gratitude. Gratitude has been the biggest positive force in my business life and in my professional growth, along with amazing mentors and leaders. So I thought I’d ask others to share their gratitude for the role models in their lives.

I asked 11 young leaders from the Young Entrepreneur Council (YEC), an invite-only organization comprised of the world’s most promising young entrepreneurs: Who is your role model who has most changed your life, and why are you thankful for them?

This is what they shared, followed by my own gratitude for the most important role model in my life:

My life changed after I started listening to “Making Your Thoughts Work for You” by Dr. Wayne Dyer. Rooted in Taoist concepts, this content covers the power of our thoughts and how our thoughts shape the world around us. It helped me become aware of self-limiting beliefs and how much they were holding me back. I now use the power of thought to create the life I want. It’s a complete game-changer.

In the startup world, strong, unwavering coach-like leadership is crucial. Bill Belichick has stood as one of my greatest coaching role models, as his abilities to motivate and inspire his team to victory is unrivaled. He knows how to build a good team and bring out the best in every individual, which is similar to how a successful company is run.

Warren Buffett has been one person I have really looked up to throughout my life both personally and professionally. I admire that he gives a lot of money to charity, he invests in things he understands, and he doesn’t feel the need to pass down a ton to his children. Instead, he teaches them to work hard. He has down-to-earth values, and that is something I respect.

I grew up poor, to a single mother who was diagnosed with a terminal illness when I was 14. Listening to Tony Robbins “Personal Power” at the age of 15, I realized I had a choice in life: to leverage hardship to unlock my true potential or make excuses. I have achieved a lot over the years, including selling one of my startups to eBay. Tony made it clear to me that we are responsible for our destiny.

Harold Clurman founded the Group Theatre in the 1930s. He was an artistic force who brought together other artists of the day to collectively create impact. He was called a “generator.” I have always wanted to follow in those footsteps and be someone who brings people together to do the inspiring work to change the world.

As an entrepreneur, you are always on the go. Sadhguru’s YouTube videos combined with my meditation practice have helped me find the right balance and changed my life for better. His teachings help me face every challenge with a smile and calmness. The clarity of thought I have developed helps me with time management, decision making and other aspects required to be effective.

Sheryl Sandberg shows women how to balance the personal and professional, and how to be assertive in the professional world without being aggressive. Women in business have a fine line to walk, and Sandberg shows us how to be resilient and take our place at the table. If you haven’t read it, I highly recommend her book.

Ben Cohen and Jerry Greenfield are role models. Ben and Jerry are known for their ice cream, but I respect them for being great employers. They’re passionate about economic justice and pay all their full-time employees a living wage. Ben & Jerry’s recalculates the cost of living every year to ensure their employees are properly taken care of. Now that’s leadership.

I played professional basketball in the NBA for eight years and I met a lot of incredible basketball players. However, no other colleague has inspired me more on the court and in business than Hakeem Olajuwon. For instance, while Hakeem won two NBA championships during his career, he also has had great success in the Houston real estate market, with his estimated profits exceeding $100 million.

Seth Godin inspired me as an entrepreneur and marketer. I read his blog and books in the early 2000s and took a particular liking to his book released in 2003, “Purple Cow.” I was 17 at the time. Since then, I’ve been in near constant pursuit of “remarkable.” Godin has a way of saying things you may already know but needed to feel. His stories helped shape my perspectives.

I look up to Oprah because she created a brand and an empire for herself. She wasn’t born into privilege and had to struggle a lot to get to where she is now. I’m thankful to her because she became my motivation in life. I always tell myself, “If Oprah can do it, then I can too.”

Though I only met him a few times, the late Senator Frank Lautenberg was an incredible role model to me. I’ve written about him before, but essentially, he taught me that as important as business leadership is, and as important as service to country is, what’s most important is family. I’m super grateful to Frank Lautenberg for teaching me this lesson, and for inspiring the decision to have a 3rd child.