Dave Kerpen | How to “Get” Anyone (Even If You Don’t Like Him)
16385
post-template-default,single,single-post,postid-16385,single-format-standard,ajax_fade,page_not_loaded,,qode-theme-ver-10.1.2,wpb-js-composer js-comp-ver-5.1,vc_responsive

How to “Get” Anyone (Even If You Don’t Like Him) 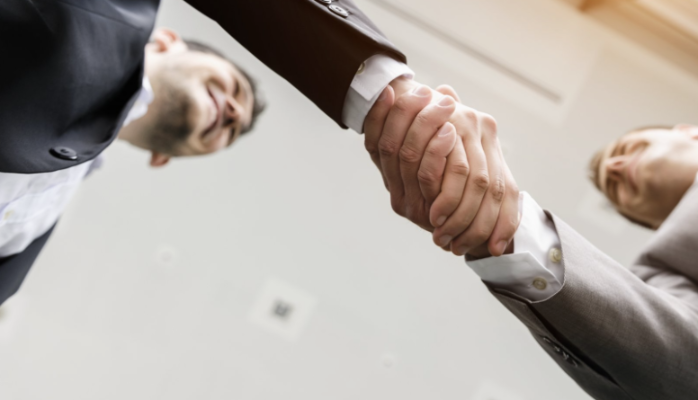 “I just don’t get him,” I muttered to myself after hanging up the phone. I had just finished a phone call with the senior person at a company that was an important business partner of ours, and I felt frustrated, angry, and confused. We had been struggling to get this business partnership off the ground for months, and I believed I had key insights into understanding why and helping rectify the problem. But John (as we’ll call him) just didn’t want to listen to me or cooperate or be helpful in any way.

John was mean and grumpy, and I just didn’t get him. He seemed to have a huge chip on his shoulder, was angry at the world, and was determined to plow down anyone who stood in his way. He seemed a lot like the hard-driving, take-no-prisoners self-promoter I’ve described before, good at making orders but not good at making relationships. In several face-to-face meetings I had never once seen him even hint at a smile.

Feeling utterly defeated, I approached my wife, Carrie, with the problem: “I just don’t get this man, Carrie. What can I do?”

Carrie, the person who gets people better than anyone I’ve ever met, replied right away: “If you say you don’t get him, you’ll definitely never get him.”

We all have people we don’t get at first or maybe ever. Everyone’s different, and sometimes it’s hard to understand people who are very different from ourselves. Many times that may be okay because you may not need to interact with some person you don’t get, but often it does matter. If you’re ever going to want or need to have a meaningful or productive interaction with someone, whether it’s a colleague at work, a client of your business, or a cousin at family gatherings, it pays to figure out a way to get that person.

Self-determination is a powerful force, and once you refuse to say “I don’t get him,” you’ll be better off. But that alone isn’t enough.

“Take him out for coffee,” Carrie suggested about John, the man I was now determined to get.

“But I absolutely loathe him,” I replied, cringing at the thought.

“See it as an experiment, then,” Carrie said. “An experiment to see if you can understand someone very different from you. Ask questions, then shut up and listen.”

As much as I protested, Carrie’s advice, as usual, turned out to be spot on. Two weeks and one coffee later, I got John. I still didn’t like him very much, but after sitting down with him for coffee outside the office and getting the opportunity to talk (and listen) face to face for just thirty minutes, I really did feel that I understood where John was coming from. As it turns out, John had had a tough stretch of several years as a child with just one parent, and it seemed that somewhere along the way he had decided to become fiercely independent. John was unmistakably an Enneagram type 8—driven to be powerful—and sometimes that drive for independence could make him abrasive and standoffish and generally tough to be around.

John’s behaviors didn’t change as a result of our meeting, of course, but just a little bit of understanding made a big difference in my future interactions with him. Over the weeks that followed, our conversations got more congenial, and we actually made some progress toward driving the mutual business results we were both looking for. He even cracked a smile at one face-to-face meeting a few months later. I ended up getting most of what I wanted out of the business dealings and the relationship.

I never would have had that opportunity, though, if I had resigned myself to the fact that I didn’t get John and left it at that. Who do work with whom you just don’t get? Who do you come into contact with on a regular basis whom you can’t seem to understand no matter how much you scratch your head.

You may not walk away understanding the person completely or even liking him any better. But you’ll have a fighting chance to build a more productive and beneficial relationship from then on.

John, wherever you are today, I hope you’re still enjoying your coffee black and occasionally cracking a smile.