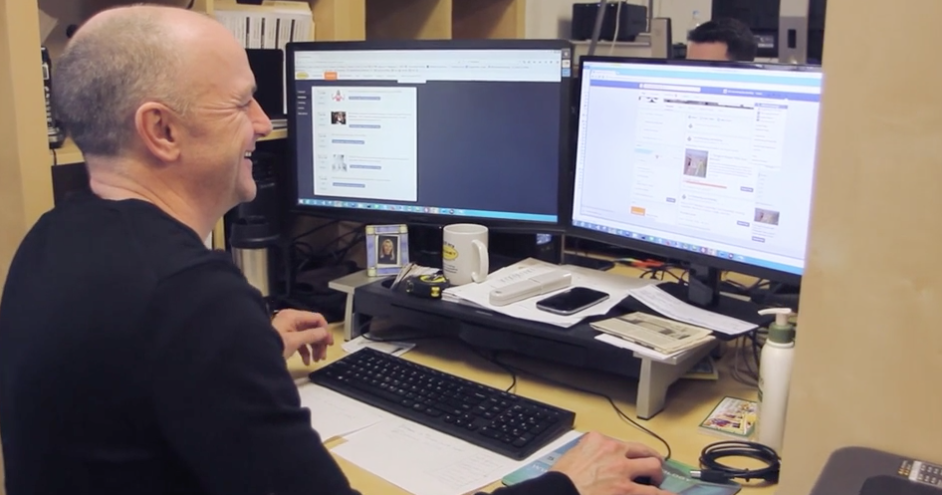 Posted at 17:32h in Uncategorized by Dave 0 Comments
3 Likes
Share

I am an accidental entrepreneur, and there’s no turning back now.

Ten years ago, my fiancee Carrie and I had a goal. I wanted to have a huge wedding that we could invite all of our friends and family to. As in, everyone.

But there was a problem.

We didn’t have enough money to pay for a traditional wedding. We did, however, have a strong marketing and sales background. And we had an idea.

So we partnered with the Brooklyn Cyclones, a minor league baseball team, and put together a concept to get married at the end of a baseball game. We called the promotion “Our Field of Dreams,” sold sponsorships to the game, and raised $100,000 in kind from 1-800-FLOWERS.com who sponsored our flowers, Smirnoff, who sponsored our alcohol, and Entenmann’s, who sponsored our desserts, amongst many others. We also raised $20,000 for the M.S. Society.

We created an amazing wedding, and got married in front of 500 friends and family and 5,000 strangers, but we also ended up with a great marketing promotion, generating over 20 million dollars of earned media for our vendors through segments on CBS, ABC, CNBC, the NY Times, and hundreds of blogs. After the event, our wedding vendors said, “This is awesome, what are you going to do next?” We couldn’t get married again, so we started a company instead.

Thus began my career as an entrepreneur. Our first company, Likeable Media, took shape in 2007 as social media exploded as a marketing tool. We were a very early mover amongst marketing agencies, and quickly built an award-winning reputation, working with great brands such as 1-800-Flowers.com, Stride Rite, IMAX, Neutrogena and many more, to develop and implement social media strategies. We were one of Facebook’s first 50 Preferred Developer Consultants. We were named to the INC 500 list of fast growing companies in the country, and Crain’s list of Best Places to Work in NYC. Everything was going great!

But there was another problem.

Because we had built an early reputation online, we got hundreds of inbound inquiries from small businesses who wanted help with their social media presence. This was exciting for me because I’ve always been passionate about small businesses, truly the bedrock of our country’s economy. And obviously this was a good problem to have! But try as we could at Likeable Media, we simply couldn’t make the economics work. As an agency, the fees we had to charge were often too high for small businesses to afford. Small businesses desperately needed social media help, but couldn’t afford to hire an agency like ours.

The first thing I did to try to solve this problem was I wrote a book: Likeable Social Media: How to Delight Your Customers, Create an Irresistible Brand, and Be Generally Amazing on Facebook and Other Social Networks. Luckily for me, that book has done better than I could have imagined: it’s sold hundreds of thousands of copies, been translated to a dozen languages, and is in its 2nd edition.

But if you’re a small business owner, you know that it’s one thing to read a book, and it’s another thing to do the work necessary to build and maintain a brand on social media, day in and day out. That’s really hard work, and time-consuming. That’s time that small business owners simply don’t have to spare.

I founded Likeable Local three years ago to be able to give small business owners the same opportunities to leverage social media that I had learned from working with G.E., Verizon, Johnson & Johnson, and some of the biggest brands in the world, with my first company, Likeable Media. We took everything we’d learned in working with big brands and built software to replicate and automate as much as we could.

My wife Carrie took over running Likeable Media, and I became a man on a mission with Likeable Local: to help as many small business owners as possible to manage and grow their businesses using social media.

I want to democratize social media management for dentists and doctors and attorneys and accountants- for small business owners everywhere who don’t have huge marketing budgets the way the Fortune 500 companies do.

So far, the results are promising! Over 2,000 businesses have used our software, and tens of thousands have benefitted from our free resources and tools. We were just named to Crain’s list of the Best Places to Work in New York for 2016. We are changing the world, one small business at a time.

Here’s what a few customers have had to say about Likeable Local:

“Likeable has saved me a huge amount of time in looking for and brainstorming fun content to share with our community. Using the idea library has been so helpful for me! I was trying to do social media myself, until a business coach said, if you looked at your resume, would you ever hire yourself for your social media marketing? Of course the answer was ‘no’! I’m getting more benefit from working with you than I did with a freelance PR rep too, and at a much more affordable rate.”

“Likeable Local has been terrific throughout this initial phase and very responsive to our needs, questions, and ideas. We’re very impressed with engagement levels.”

“Likeable is an awesome app. It’s helped me focus on where I need to be in social media. The custom content has been revolutionary for my practice.”

But again, we had a problem. Unlike my first company which was an agency, Likeable Local is a software company, with much greater ongoing development costs. It’s a company that could potentially scale much bigger than an agency every could, but it’s a company that requires capital in order to keep growing.

Now, when I learned that we could potentially be part of democratizing investing in startups in a similar fashion, I got really excited.

Thanks to recently passed legislation, it is now possible for the general public to invest in early-stage companies, to take advantage of potentially exponential growth. Our team is exploring a way to give our customers and our community the opportunity to invest in our growth.

This isn’t an offer to invest (yet), but we want to see if there’s investment interest from our community. If there is broad interest, we may file official paperwork with the Securities and Exchange Commission (SEC) to pursue this new funding option that will let you own stock in Likeable Local.

Click here to indicate your interest in investing in Likeable Local, or copy and paste the below to help us get the word out: (note all indications of interest are nonbinding)

Likeable Local Corporation. (“Likeable Local”) is “testing the waters” to gauge market demand from potential investors for an Offering under Tier II of Regulation A. No money or other consideration is being solicited, and if sent in response, it will not be accepted. No sales of securities will be made or commitment to purchase accepted until qualification of the offering statement by the Securities and Exchange Commission (the “Commission”) and approval of any other required government or regulatory agency. An indication of interest made by a prospective investor is non-binding and involves no obligation or commitment of any kind. No offer to buy securities can be accepted and no part of the purchase price can be received without an offering statement that has been qualified by the Commission.