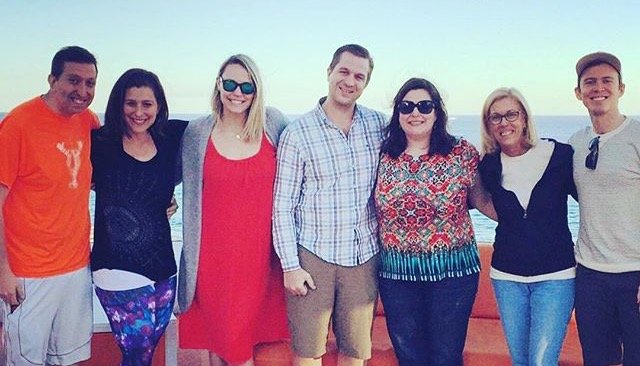 Posted at 18:58h in Uncategorized by Dave 0 Comments
0 Likes
Share

“Why do we keep missing our goals?” Ben asked my eight-person entrepreneurs group. “Because we’ve been missing one key ingredient. That all changes, right now.”

For the previous year, our group, which meets monthly, had been working on goal achievement. Eight driven successful entrepreneurs were determined to grow as individuals, and the goals activity was bound to help. At the beginning of the year, we had each set metrics-driven personal and professional goals that we could come back to and report on to the group. At each monthly meeting, among other things, we all reviewed our progress on our goals.

I began to wonder if perhaps we had set goals that were too difficult to achieve. My goal, for instance, was to exercise at least thirty minutes a day at least four times a week, and I just wasn’t hitting it on a consistent basis. I was trying to lose weight, and I knew that consistent exercise (or lack thereof) was an important part of the equation.

“Bullshit,” said Ben. “We’re not hitting our goals because we’re not accountable enough. Starting today, we’ll each have a goal accountability partner. You are to check in with your partner at least once a week. First up, reassess all goals together and make sure they’re SMART goals (simple, measureable, attainable, realistic, and time-bound). Then, instead of you updating the group at our monthly meeting with your progress, your partner will update the group on how well you’re doing and you will update the group on how well your partner is doing.”

Ben was a man on a mission, and although there was definitely some pushback and hesitation among the group, we collectively decided to embrace the new plan. Andy would be my personal accountability partner, and I would be his. The meeting ended, and the new era of goals work began.

A funny thing happened over the next several months. We all went from missing our goals to hitting them! Encouraged by this success, I began to get very competitive, and not just for myself but also for my accountability partner, Andy. I wanted him to be able to report that I’d hit my goals each month, and so I worked harder than I had before to hit them. At the same time I was thrilled to report that Andy was hitting his goal of performing and tracking random acts of kindness. The rest of the group was doing great, too.

The only thing that had changed from one year to the next was that we all had and were accountability partners for one another. And we had gone from failing miserably to achieving success!

There are a million business books claiming that we should all hold ourselves accountable for our actions and our performance both at work and outside it. But in reality, we should be letting others hold us accountable for our successes and failures. Why? Because when you’re accountable to another human being you trust and respect, it makes you want to work harder to achieve the goals you set. Plus, it helps you stop rationalizing and making weak excuses, For example, even if “I can’t go to the gym this morning because it’s raining” sounds perfectly reasonable in your head, the simple act of saying it out loud to another person helps you see how lame an excuse it actually is. However, when you’re accountable to too many people, it’s like being accountable to no one. Thus, the best scenario is to find one accountability partner who can help you and whom you can help.

Whether you are a manager or not, teaching people about the power of goals and accountability partners, finding accountability partners for them, and helping facilitate the coaching and reporting process will have an enormous dual effect. First, you’ll find that your people will become more accomplished and confident. Second and more important, you will become more accomplished and confident as well.

The three keys to making this work are as follows:

If you can teach this process to yourself and others, you will find that everyone will get more things done faster.

In the year that followed Ben’s proclamation, I ended up developing much better exercise habits, and thanks to that and to eating well, I lost nearly fifty pounds. I owed the credit to my partner and to the process of accountability we set. Since then, I’ve implemented the system with nearly a hundred employees. Of course, not everyone is successful all the time. But my people report much better success with their goals, with an accountability partner standing proudly by their side.

3. Carry out the process for at least three months and compare the success you and your people experience with accountability partners with what you achieved in the past. You’ll never go back to holding only yourself accountable again.