The 12 Scariest Mistakes Made in Job Interviews 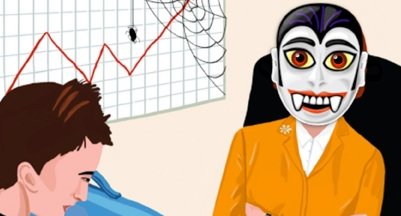 28 Apr The 12 Scariest Mistakes Made in Job Interviews

Posted at 17:27h in Failures by Dave 0 Comments
0 Likes
Share

1. Lying About Past Job and Educational Experience

Seeing someone make up where they worked and went to school is horrifying to me because those things can be so instantly proved right or wrong with just a background check. Yet, the person lied anyways. It was just a huge mistake. I wish they would have been honest and just admitted that they did not have such a prestigious background.

The most horrific mistake someone can make throughout the interview process is wasting the interviewer’s time. Obviously, being late or not showing up are huge mistakes and will likely ensure you will not be offered a job. Likewise, if we talk for 20 minutes and you aren’t showing general interest in the company, I’m going to want to cut my losses and work on something more productive.

3. Forgetting What Position You Applied For

I called a candidate once about 20 minutes after he had submitted his online application to us. After speaking to him for about 15 minutes he asked, “What company and position is this for again?” He then continued, and decided to add few swear words in there for added impressions.

Often times, when interviewing a potential candidate, I find it is important to look at the small things. Dress code is very important for a couple reasons: I like people who are dressed for success as well as people who look/feel confident about themselves. I once had an interviewee who showed up on a bicycle wearing flip flops, old shorts, and a cutoff tee shirt. Just so happens he was NOT hired.

A candidate who bad-mouths their previous employer shows a decided lack of respect that you don’t want in your own business. Whether their position is justified or not, you don’t want someone who is willing to spread negative news about your business. If someone is willing to tell all about their past employer, that’s a red flag to avoid them.

6. Not Knowing Anything About the Company You’re Interviewing For

I couldn’t believe anyone wouldn’t do their research on the company that they are interviewing for, but I had that happen with a candidate I interviewed. They didn’t know much about what we did, which made me wonder why they even wanted to work here.

It really pays to do your homework when you are going in for an interview. One immediate red flag for me is if they pronounce the company name incorrectly. After a slip-up like that, the interview is doomed to fail.

In technical fields, certain personality types get it into their head they are superstars. I’ve seen interviews degenerate into heated arguments because the interviewee forcefully disagreed with the interviewer about a trivial technical issue. I want confident employees, but an arrogantly combative personality won’t get you hired, even if you are almost as knowledgeable as you think you are.

We had one person who came in to interview for an accounting job and I asked them on a scale of 1-10 how proficient they were at financial accounting. They told me they were a 10. I then asked them a hard accounting question and they answered with “I don’t know.” Don’t overstate your abilities if you’re applying for a technical or skill-oriented job.

10. Disclosing Too Much Information

I am often working beside my employees when we need to get something out quickly or we are in a bind. I had a candidate walk in the door one day while I was working in shipping and I was just casually talking to her while I finished up. She admitted several things during that conversation that disqualified her from working for my company. She was surprised when I introduced myself afterwards.

I was interviewing someone for a position and they said, “I’m so excited to start working for [the wrong company name!].” No matter how good the interview was, I immediately decided they would not be working for me.

12. Leaving Without a Word

A candidate from out of town was acing his interviews. He flew in, impressed everyone with his 30-60-90 and delighted in one-on-ones. But before his final interview, he literally vanished. Eventually, he responded from the airport. He didn’t want to miss his flight so he just got up and left. He had plenty of time before takeoff, and it was a good thing — he needed it to search for another position.