The Real Value Of The “F” Word 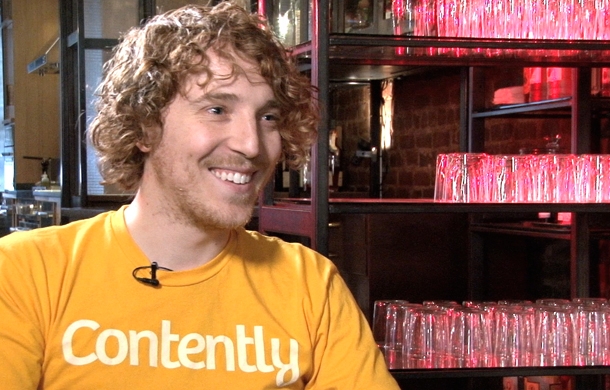 Posted at 17:16h in Failures by Dave 0 Comments
0 Likes
Share

In the third chapter of his new book, Smartcuts, author Shane Snow discusses the use of “The F Word” in business. No, it’s not that F word. The word he’s talking about is “failure.”

Starting anything, especially a business, is risky. Nobody ever succeeded without risking failure. Except that’s not true, Snow says. Though the idea of failing fast to get bad ideas out of the way quickly is nice, there’s a better way to look at failure and accelerate our success, according to his research.

I caught up with Snow to clarify the real value of this F word, and how understanding its nuances can help us succeed faster:

Q: Everyone knows the adage, “What doesn’t kill you makes you stronger.” But you say that’s not true. Why?

SS: It’s a nice platitude, but it’s an overgeneralization. Muscles get built when you break them down little by little, yes, but surviving pneumonia doesn’t make your lungs stronger.

More importantly, statistics show that in business and a whole lot of other areas, past failure doesn’t make you more likely to succeed. Harvard research shows that entrepreneurs whose companies fail are barely if not at all more likely to succeed in a second venture than someone who’s never run a company before. Heart surgeons who screw up surgeries do worse on subsequent operations, not better.

The flip side of this research is that entrepreneurs who succeed are more likely to succeed a second time, and surgeons who do well get progressively better. Success breeds success much better than failure breeds success. That’s a depressing thought because we all fail sometimes.

Q: But isn’t it a good thing if people aren’t afraid to fail? We can’t make progress without taking risks.

SS: It’s true. And failure is hard enough without the social stigma that often comes with it. The problem with the “fail often” advice you hear in many startup circles is that failure itself doesn’t help. What you need is the freedom to take big risks while also mitigating the failure potential of those risks. In other words, to be able to “fail” without failing.

Q: How does one do that, “fail without failing?”

SS: The short answer is to create environments where you can turn failure into simply feedback.

In the book I talk about how The Second City Comedy School does exactly this in an industry where it’s incredibly easy to fail. Comedy is one of the scariest careers because failure is both inevitable and deeply personal. People are staring right at you when they’re not laughing. Second City are known for pumping out comedic talent wicked fast in a way that virtually rubs away failure. Tina Fey, Steve Carrell, Stephen Colbert, and hundreds of others have come out of there.

Second City does this in three ways: First, it teaches students to depersonalize bad outcomes. When the audience doesn’t laugh, it’s a commentary on the joke, not the jokester. This gets students in the kind of mindset that helps them improve rather than get in their own heads. Second, it accelerates the feedback process, so students can make tiny improvements over and over rather than building up to big do-or-die moments where big changes need to be made. Finally, the school puts students in low-stakes environment where failure doesn’t matter, and slowly raises the stakes. This takes place in series of bigger stages and audiences, and also by slipping in “test material” into routines that are already funny in order to see if jokes work or not. Basically, they turn “failure” into simply “feedback”, and lots of it.

The other way to fail without failing is to observe someone else’s failures and learn from them. Research shows that professionals who study the mistakes of their peers make significant improvement in their own efforts. This might seem obvious, but most of us don’t pay

When landing a fighter jet on an aircraft carrier, failure is not an option. That’s why the Army builds flight simulators. That’s the analogy we need to try to replicate in our own work.

Q: What’s the best way to get feedback faster?

SS: It depends on what you’re trying to do, but generally there are two strategies: #1 is to carve up what you’re working on building into tiny, tiny slices where “failing” any individual piece doesn’t matter. In psychology they call this creating “small wins.” Small wins are also great for staying motivated and for winning support (by creating a perception of momentum). #2 is to build a sandbox—that flight simulator—and practice until perfect. In the book, I talk about how Jimmy Fallon’s first SNL audition he was crushed because he was aiming too high—get SNL as an unknown comedian—and in his second audition he simply aimed to make the showrunner laugh. Paradoxically, by focusing on that small goal, he was able to achieve his bigger goal much more quickly.

Q: What other advice would you give about feedback and failure?

SS: Oscar Wilde once quipped, “Experience is the name everyone gives to their mistakes.” We’re very good at externalizing the causes of our failures. The most innovative people in business are good at doing the opposite. They focus not on rotten luck (which happens to all of us) but on their reaction to it. Getting into this habit helps us do what we really need to do to succeed faster, which is change the way we think. If we explain away our failures due to other people’s actions, luck, the market, etc.—even though they might be legitimate excuses—we miss out on opportunities to find smarter paths.