Dave Kerpen | And The Winner Is
16514
post-template-default,single,single-post,postid-16514,single-format-standard,ajax_fade,page_not_loaded,,qode-theme-ver-10.1.2,wpb-js-composer js-comp-ver-5.1,vc_responsive

And The Winner Is 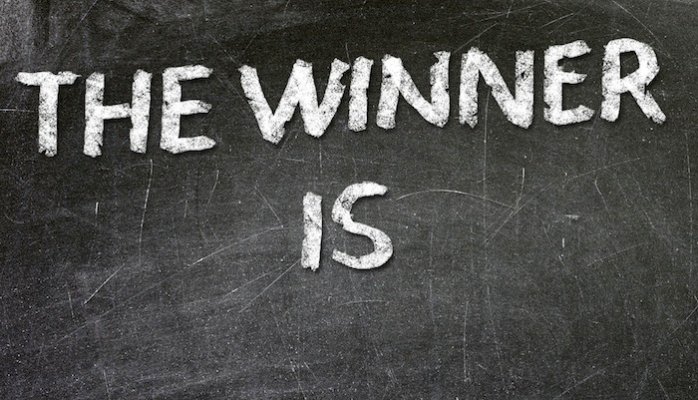 30 Apr And The Winner Is

Posted at 07:26h in Uncategorized by Dave 0 Comments
2 Likes
Share

Do you remember the last time you won something? That feeling of surprise and delight? Now do you remember what it made you feel for that company or person you won the prize from and how much you wanted to share that feeling with the world?

So, imagine what prizes could mean for your growth or your business’s growth!

Contests and sweepstakes definitely create excitement, but nothing generates more excitement than opportunities for everyone in an audience to win something. Shared opportunity can drive an entire fan page to work together in promoting the growth of its community. The first time we at Likeable Media saw this was with the Cumberland Farms Chill Zone page. Cumberland Farms wanted to capture some of the passion it knew teenagers throughout New England had for its Chill Zone product. Using Facebook social ads, group outreach, and weekly Chill Zone giveaways, the Chill Zone page on Facebook soared to more than 10,000 fans in its first month. To incentivize fans to spread the word and share the fan page with others, we presented a challenge: help us reach 50,000 fans within 6 weeks and we’ll hold a Free Chill Zone Day.

Less than three months after the launch, the fan base surpassed this goal by more than 20,000 additional fans.

The results were incredible in terms of the numbers of fans joining the community, but the sentiment of people in the community was even more incredible. People posted things like, “I’ve invited my whole school to become fans,” and “I won’t rest until we have 50,000 fans. Chill Zone rules!”

Giving away prizes, whether through a huge large-scale corporate promotion, or simply sending someone something, makes a big difference. But what what about individuals? How can salespeople delight people with a prize?

A few years ago, I was at a business conference tweeting, and the topic of the best business books came up. I tweeted that I wanted to read Good to Great by Jim Collins. I got a few responses, but my favorite was from Jesse Landry, someone who was following me on Twitter, who I’d never met, who responded, “I’d be happy to overnight my copy to you if you do not have a copy already.”

Not “great book, Dave, you should check it out,” or even “I’d be happy to loan that to you.” He offered to overnight it to me. I was immediately wowed. I responded that I certainly didn’t need it sent overnight, but that sure, thanks, I would take it, and I gave him my address. Of course, he still overnighted it to me. Double wow.

I looked at Jesse’s profile and found out he was a consultant for Administaff, a company that provides human resources support for small- to medium-sized businesses. Jesse didn’t pitch me on ever working with him. If he had, I probably would have said, “Thanks, but no thanks,” and assumed that he overnighted the book in order to win my business. Instead, I got excited to see what he did for a living, investigated his company, and determined if he could provide services that I might need some day.

Jesse sent me the book “just because” and received nothing directly in return. As it turns out, of course, months later, I explored the potential of outsourcing Likeable Media’s human resources. Naturally, I turned to Jesse and Administaff to perhaps help solve my problem. But Jesse had no way of knowing I would consider using his services when he sent me the book. He just sent it.

How can you surprise and delight your customers and prospects with a contest, giveaway or prize today?