Dave Kerpen | Can the #ALSIceBucketChallenge be Repeated? This Girl’s Life May Depend On It
16582
post-template-default,single,single-post,postid-16582,single-format-standard,ajax_fade,page_not_loaded,,qode-theme-ver-10.1.2,wpb-js-composer js-comp-ver-5.1,vc_responsive

Can the #ALSIceBucketChallenge be Repeated? This Girl’s Life May Depend On It 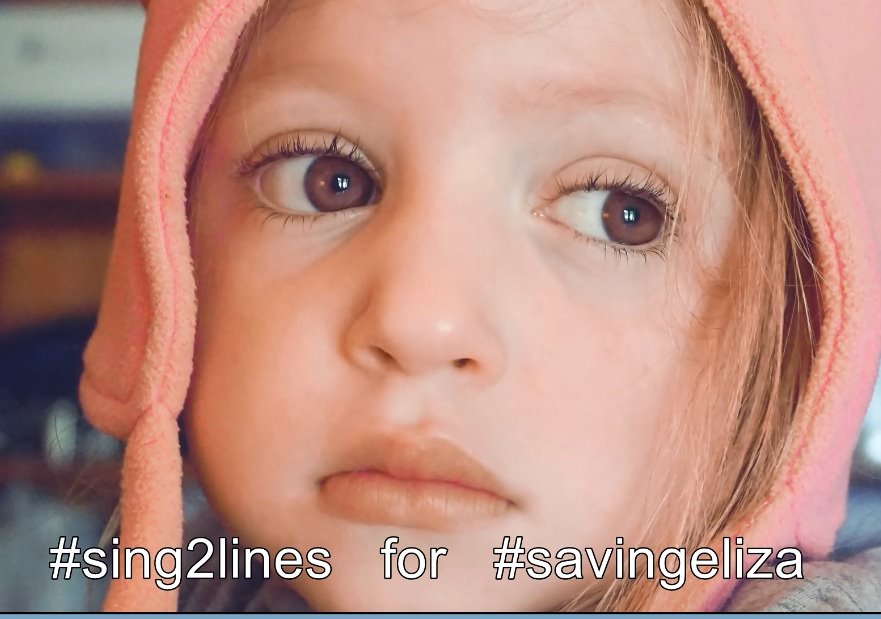 22 Sep Can the #ALSIceBucketChallenge be Repeated? This Girl’s Life May Depend On It

Posted at 16:57h in Uncategorized by Dave 0 Comments
2 Likes
Share

There’s a very promising cure, however, that could save beautiful Eliza and other children with this rare illness. The problem is that it requires a clinical trial with a price tag of a whopping $1.8 million.

When Eliza’s parents learned of this, they turned to everyone they knew to try to raise the money. Then they turned to social media. So far, they have raised an incredible $1.1 million and have just $700,000 left to give Eliza a chance at this clinical trial in time to save her life. But $700,000 is a lot of money, and so #Sing2Lines for #SavingEliza was born.

Her dad Glenn told me, “Obviously we want to save our daughter’s life but the moneys will go to stopping this disease for all kids. Funding a clinical trial could help stop the disease for all kids. If we raise the $1.8 million, we’re confident that the trial will be funded and will start on time for our baby to live.”

This summer, the #ALSIceBucketChallenge began appearing up on people’s Facebook newsfeeds. Through the viral power of social media, and 1.2 million videos of people drenching themselves in ice water, including celebrities and many influencers, the ALS Association raised an unpredecented figure: more than $114 million in donations.

Many experts have argued that this phenomenon can’t and won’t be repeated. There was too much luck involved, and many donors and influencers are now “fatigued”, and the novelty has worn off. Dozens of nonprofits have tried to develop viral social media giving challenges – and failed.

But Eliza’s parents refuse to give up hope. In the past few weeks, #sing2lines, this new viral cause, has generated hundreds of videos and nearly $100,000 in donations for the #savingeliza campaign. Because Eliza loves music, the campaign simply asks everyone to record themselves singing two lines of a song and donate here. Actress Andie MacDowell, singers from the band Gloriana, and employees of the Ohio Credit Union are just a few participants. But there’s still more to be raised, in the next 30 days, in order to give Eliza a fighting chance.

Take a look at this video:

I believe that that this campaign just might have the elements needed for success, and so I’m writing about it here in the hopes that it does take off. If it achieves just 1% of the success of the #ALSIcebucketChallenge, a little girl’s life will be saved.

As a father of little girls, my heart fills up with sadness when I think about this family’s challenge, but it also fills up with hope. So here’s my #sing2lines video for #savingeliza. I urge you do make one of your own and remember to donate to her Go Fund Me campaign. Can the #ALSIceBucketChallenge be repeated? Spread the word. Eliza’s life just may depend on it.