Dave Kerpen | You Never Get What You Don’t Ask For
16366
post-template-default,single,single-post,postid-16366,single-format-standard,ajax_fade,page_not_loaded,,qode-theme-ver-10.1.2,wpb-js-composer js-comp-ver-5.1,vc_responsive

You Never Get What You Don’t Ask For 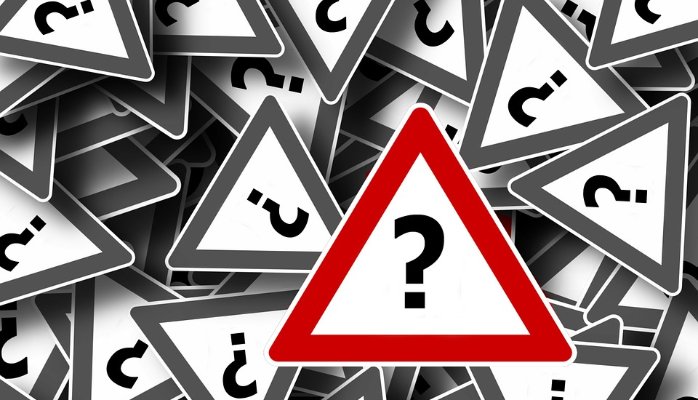 28 Apr You Never Get What You Don’t Ask For

Posted at 19:02h in Uncategorized by Dave 0 Comments
2 Likes
Share

“So, Dave,” said the frustrated young woman who had been working harder than anyone else on the sales floor and thought she’d been doing everything right. “Why am I not seeing more success in sales?”

I sat in on a demo Haley had with John, the owner of a jewelry store in Boca Raton, Florida. He was an older gentleman, uncomfortable in general with social media, and Haley did an excellent job of building rapport early, listening, mirroring, and validating his concerns. He was wary of doing social media on his own but was not sure how much time or money he had for software like ours. Then Haley began showing John our product via the Web and did a great job of explaining the key features that answered his concerns.

Everything was going quite well until the end of the call.

“Okay,” said Haley. “So do you have any questions for me?”

“Nope,” John said. “I’ll think about it and call you back later.

“Okay, sounds good,” Haley said. “I’ll call you back tomorrow if I don’t hear from you. Bye.”

She hung up the phone and looked up and me, exasperated at not have made the sale but perhaps clued in to what I was going to say.

“Almost a perfect job, Haley!” I cheered. “So what did go wrong there?”

“I don’t know,” she replied. “Everything was going so well right up until the end. I guess I’m just struggling with closing sales.”

“Let me ask you something,” I said. “Did you actually ask him for his business?”

“I guess not,” Haley said. “I mean, I listened and then told him everything I thought he needed to know to make a decision.”

“But did you actually ask him to make a decision, Haley?” I was getting frustrated at this point but was confident we were getting somewhere.

It may seem obvious, but many people make this mistake.  They don’t actually ask for what they want.

And guess what? You probably won’t get what you want unless you ask for it.

Sure, you still have to do all the legwork in advance. And sure, you’re not always going to get a “yes” when you ask. But you’re much more likely to get a “yes” if you actually ask for it than if you wait for it to materialize out of nowhere.

But no matter what, if you don’t ask for it, you’re not going to get it. (This is true in general. Of course, occasionally it’s not. But it’s always worth asking.)

Many people are so afraid to get a “no” that they don’t ask for a “yes.” The ironic thing here is that they’re virtually guaranteeing getting a “no” by not asking for a “yes.”

Haley was doing an excellent job as a salesperson but with one major flaw: She wasn’t asking for the “yes.” Once she got some training from her manager, Haley quickly became one of the top salespeople in the company, doubling her earnings within six months. It turned out that getting the “yes” was simple. She just had to ask for it.

No ask is too crazy.

Here’s another example of how simply asking for something—even something that seems totally crazy and audacious—can get you the “yes” you want. Several months before July 8, 2006, when Carrie and I got engaged, we had a problem. I really wanted to have a large wedding, the kind where I could invite everyone I knew to share in our joyous celebration. But Carrie and I didn’t have enough money to host a traditional New York wedding and invite everyone we knew.

Luckily for me, Carrie, a marketer by trade and temperament, had a brilliant out-of-the-box idea: We would partner with a minor league baseball team to create a wedding-themed promotion, sell sponsorships, and get a ballpark wedding paid for—a wedding that we could invite thousands of people to attend. Sponsors could get great value in the promotion, which probably would generate buzz and media attention, and we could get a huge wedding at virtually no cost to us. As a diehard baseball fan, I thought the idea was perfect, but of course it would require persuading willing partners to sign on to make it work.

We pitched the Brooklyn Cyclones, a minor league affiliate of the New York Mets, whose general manager, Steve Cohen, fortunately liked the idea enough to give it a shot. Next, we successfully pitched 1-800-Flowers.com to sponsor our flowers, Smirnoff to sponsor our alcohol, Entenmann’s to sponsor our desserts, After Hours to sponsor our tuxedos, and several other local and national sponsors, totaling about $100,000 in trade value. That wasn’t all; by also asking sponsors to donate cash to the David Wright Foundation, we were able to raise $20,000 for the National Multiple Sclerosis Society through our wedding.

To most people, asking companies such as Flowers.com and Entenmann’s to sponsor a wedding would seem preposterous if it occurred to them at all. After all, these are major corporations that sponsor big-ticket events such as the World Series and the Super Bowl. Why would they be interested in such small potatoes? Yet they were, and although I still can’t be completely certain why they said yes, there is one thing I am sure of: We never would have gotten them to sponsor our dream wedding if we hadn’t asked, because you don’t get what you don’t ask for.

That is how on July 8, 2006, I got married to the love of my life in front of five hundred friends and family members (and five thousand strangers) on a baseball field where instead of walking down the aisle we walked underneath the bats held up by the Cyclones. It was an amazing wedding with an amazing partner.

As it turned out, the wedding was also an amazing marketing and public relations promotion for our vendors and sponsors. It generated about $20 million in earned media through coverage on the CBS’s The Early Show, ABC’s World News Tonight, CNBC’s On the Money, the New York Times, and hundreds of blogs. Our vendors were so thrilled with their return on investment, in fact, that a couple of them asked us what we could do for them next. We couldn’t get married again, so we started our first company instead.